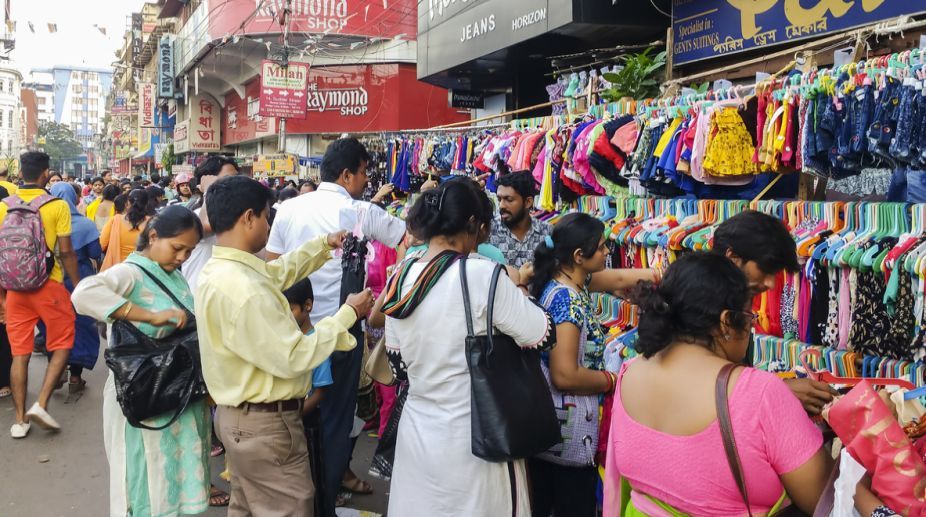 See Kolkata during Durga Puja and you will witness a spectacle: massive crowds gush in and out of pandals to view the incredible creativity and craftsmanship of envisioning and presenting the goddess in ever more avantgarde themes.

What is striking isn’t just the remarkable ability of neighbourhood clubs to execute such shows, but the indulgence, indeed the celebration of citizens that inspires new projections of what is a sacrosanct religious event.

The intensity of crowds and their venture to experience new formats ~ whether in food, films or in the most cherished religious festival ~ is at the heart of the strength of the city and the state. It is well known that West Bengal lost industrial behemoths over 70 years since independence. However, the state today holds its own in terms of growth (Gross Value Added of the state grew 12 per cent in 2015-16) and Kolkata’s economic dynamism compares favourably with other state capitals (it was ranked second after Delhi by Brookings in 2015) despite receiving fewer marquee investments. The statistic invites bewilderment.

A clue as to what drives this growth is what one sees during the Pujas. The golden key for development, once only accessed through large factories, has now become challenging to sustain. The cost of courtship has risen ~ there is a race among states to subsidise land, capital, power and taxes, and the windfalls have depleted ~ while large manufacturing brings productivity and innovation, it cannot generate as much employment as it used to. Thus industrialisation alone does not guarantee a passport to prosperity as a consequence.

Neither does low labour cost provide a sufficient draw for industry. What does act as a magnet for trade and investment are consumers, whose wallets after all make the investments lucrative. If these consumers are densely populated, mitigating logistical and marketing costs, and are venturesome ~ willing to try a new flavour of a snack or a new device, then it is well placed to emerge as a hub of commerce.

West Bengal is yet to get there, but one senses we have the right ingredients. Thus while industrializing well, we must as a region sustain our ability to retain and enhance venturesome, condensed consumption centres.

Consumption has transformed exponentially over the years, giving birth to and extinguishing industries, while swinging the pendulum between different segments of the value chain: the power of manufacturing versus trading or retailing waxed and waned depending on what consumers would want and pay for. It enabled the opportunity to rent or “stream” assets as needed versus having to buy.

Consumption patterns first caused globalisation, and then localisation, as people progressively spent more on non-tradable services versus traded foodstuff. And it founded hugely successful business models such as those underpinning Google or Facebook where consumption is free and consumers themselves are assets to be leveraged. This consumption-centric environment is the subject of the article.

The decisions around consuming are commonplace. What we eat and wear, how we learn and where we live are essentially decisions around exchange of goods and services. Core elements of this process are evolving. How consumer tastes alter the relative powers of producers, distributors and retailers can be illustrated through staple consumer goods like soap or clothes. Soaps used to be made of tallow at rudimentary sheds and sold through grocery stores. Clothes were stitched and textile woven in looms and purchased through family owned garment stores.

The activity that was arduous and required skill and resources was in moving soap or cloth between consumers and retailers. In this, until the 19th century, the power lay with distributors. The largest trading companies like Hudson’s Bay, East India Company and Jardine Matheson were de facto (sometimes de jure) governments while trading in fur, cloth or tea. As production techniques improved, some manufacturers grew.

Lever Brothers differentiated their soap with glycerine and vegetable oils versus tallow. Proctor and Gamble innovated in marketing by promoting “soap operas” ~ programmes sponsored by their brands ~ on radio. As producers like Lever and P&G expanded, they reduced their cost base and negotiated sweeter deals with distributors, who increasingly became their carrying and forwarding agents, and retailers would sport their commercials on their masthead and display their wares prominently.

The power thus shifted from distributor to the manufacturer. Then, starting with shops like Fortnum and Mason’s and Harrod’s in the UK, Marshall Field’s in the US, Whiteaway Laidlaw in Kolkata, retail formats in major cities shed their rinkydink avatar.

As cities deepened their purchasing base, large retailers acquired the buying power to sustain or eliminate manufacturers. By the early 20th century, considerable power shifted from the producer to retailers with a loyal customer base. But even after achieving primacy in their value chain, retailers couldn’t enjoy a serene life. Department stores that were the hub of the main street first lost white-goods like television sets to suburban discount chains like Walmart, then lost clothing to retailers like Gap and furnishings to stores like Ikea, and finally either died or reincarnated as a magnet for tourists, essentially a concessionaire where luxury brands would rent space to display. Renting valuable assets leads us to an evolving trend.

When supply is limited, ownership is the only way to enjoy its services. However, when demand deepens and new supply emerges, renting becomes an option. In mature markets, the format advanced further into a “sharing” economy where occasional users of an asset pay a fraction of full rents. Uber, WeWork and Task Rabbit depend on a dense base of such consumers. Some industries grew so rapidly that capable players came to dominate the market.

Today the world’s largest firms ~ Apple, Google, Amazon and Facebook ~ are more concentrated than even the 19th century robber barons. When the market is of goods, and a firm is growing through predatory power, the government typically clips their wings. Standard Oil and AT&T were victims of anti-trust regulation and India’s draconian MRTP Act required permission for expansion. However, Google charges nothing from consumers for most of its functions, and restricting them is usually treated as state repression.

Moreover, the ecosystem of Google and Facebook depends on a network of users. If cut to size, eventually one of the diminished entities will again control the format. Governments will need to learn from and control these modern Goliaths. They could learn how to generate revenue from consumption centres, involving fees for the privilege to access consumers, eventually supplementing tax as a revenue generator.

Mobile spectrum fees show the power of this resource. But they need to exert control on these massive entrants if only to enable a level playing field with traditional incumbents. These firms ~ hotels, shopping malls, cinema halls and taxis ~ are highly taxed and regulated and are steadily being eliminated by lightly taxed and unregulated entrants with a better format ~ car sharing, room rental, movie streaming and online retail. In the world of online dominance, stores that adapt are surviving. Some integrate their offline and online presence so seamlessly that they effectively become omni-channel, selling across formats, where the customer’s buying behaviour online influences physical merchandising. Others are turning experiential ~ the boutique bookstore or the farmers’ market. Many traditional retailers, however, are challenged.

They pay rents in high street locations, employ an army of salespeople, and carry inventory. The online competitors operate on a fraction of working capital. Manufacturing is forced to mutate in response. Making fast, in small lots in response to fickle customer taste is more relevant than making large volumes cheap.

An unforeseen and paradoxical challenge for multinational companies seeking growth is that the demand for globally traded goods is stuck in a secular rut. Much of this has to do with rising incomes.

In a world where most are poor, income was largely spent on food and clothing. Such commodities are easily traded.

As people earn more, they spend on white-goods. Television and mobile phones can be sold globally but unlike food they need branding and after-sales service. Both food and white-goods are amenable to multinational formats. Now, a richer and older world increasingly spends on housing, education and health.

Housing is necessarily local. Most healthcare and education is also consumed close to home. Though technology can alter delivery, there isn’t a global brand in any of these large industries.

What is a challenge for these companies is an opportunity for cities and regions where such consumers reside.

Leveraging the consumption on housing, health and education, benefiting from near-shoring and smart manufacturing, and becoming more of a draw for new residents is a key to this world of new consumers.

The Statesman The Telegraph